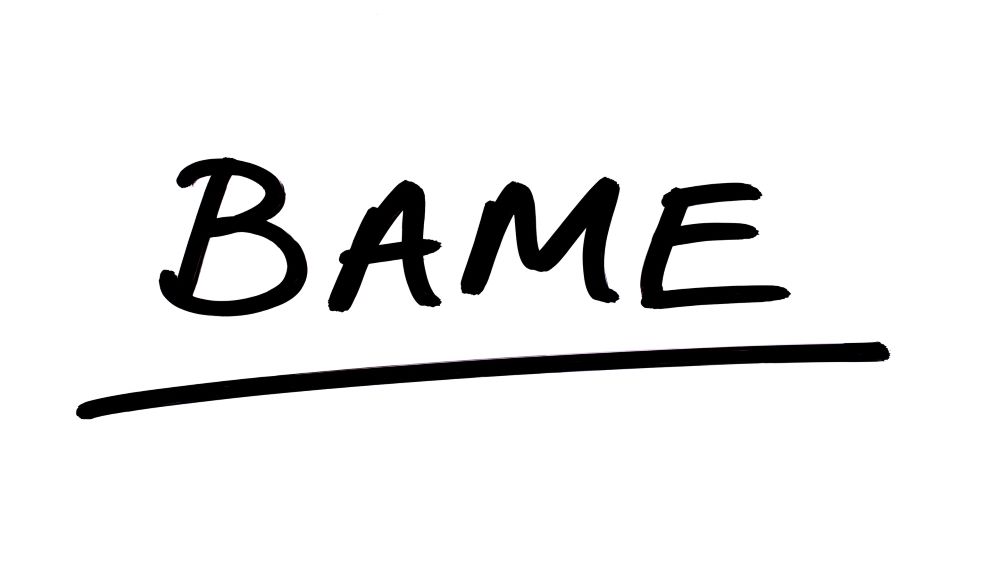 The acronym “BAME” is often a convenient term used by organisations (as well as government, the media and society generally in the UK) to help further diversity & inclusion, for example, in order to track data on ethnicity representation, or to highlight barriers experienced by ethnic minorities as a whole.

Whilst it has been helpful in many ways to further anti-racism and to streamline resources for change, it is also crucial for leaders, managers and D&I practitioners to be mindful of its use and to dig deeper when working towards equity for all. Here are some reasons why.

1) Does use of the term actually capture diversity & inclusion?

Many organisations are now in the process of bolstering their ethnicity data tracking, catapulted by the recommendations of the Parker Review in 2017.

For example, some organisations are now able to report that they have at least one person identifying as BAME on their board or a certain percentage of ethnic minority representation at senior leadership level. Ethnicity representation in organisations should absolutely reflect the labour markets - we should strive for this. However, we shouldn’t just stop there. The use of the term is often used as an organisational tick box to denote that diversity in respect of ethnicity has been achieved, but is it always an accurate measure of success in respect of diversity (and indeed inclusion)? Just having a member of the “BAME” community on the board does not automatically mean that the diversity of experience and perspective brought with that ethnicity background is encouraged, accepted and celebrated within the organisation.

We also need to look beyond the tick box and recognise that a person who is Black, Asian or minority ethnic could bring many more levels of diversity to an organisation - whether that is through for example, their education background, social class, or cultural experiences. Let’s celebrate individuals in the round as multi-faceted beings. On the other side of the coin, just because someone might on paper identify with being “BAME” does not automatically mean they are distinctly “diverse”, for example, if they’d experienced a similar upbringing as the majority of individuals in the organisation.

2) Its use can be misleading

With the killing of George Floyd in Minneapolis in May this year, many organisations have issued statements of support towards the Black Lives Matter movement and held internal conversations with employees with the aim of listening and learning. Many of these statements and conversations often referred to Black people interchangeably with “people of colour” or “people of the BAME community”, which is misleading as the Black Lives Matter movement is specific to the lived experiences of Black people.

When used as a term to call or describe someone (rather than for administrative use), it can be very ‘othering’. Whether you’re White or not is now front and centre and becomes a binary spectrum that divides those who are “White” and those who are “Other”.

It is also important to recognise that “BAME” is a term distinct to Western societies. The term would not translate to societies around the world where the predominant ethnicity is, for example, Chinese.

4)  Do people who are actually of ethnic minority background identify with it?

When researching this blog post, I reflected on whether I would ever identify as “BAME” or refer to myself as “BAME” - the answer to that is, no. I don’t think of myself as Black, Asian or minority ethnic - I identify as Chinese.

As an example, the term “Asian” is incredibly broad and doesn’t actually help say anything about where someone is from or what their ethnicity or cultural heritage is. It’s made even more complicated by differing use of the term even just within the UK - for example, I’d been told repeatedly since moving to London that I’m not “Asian” as the term is generally used to describe “someone from “South Asian” descent here”.

Shouldn’t any term used to describe my ethnicity reflect how I identify myself? If not, what messages are we conveying in terms of power and who gets a say when shaping the identity of minority groups?

As with many issues with language, it’s not necessarily the term itself that poses problems but the use of it - and in this scenario, the passive mindset that might be associated with its use.

Here are some suggestions on how to look beyond the term “BAME” and dig deeper:

Personally, the differences between the terms “ethnic minorities” and “BAME” seem to be technical in nature. I’d avoid using either to describe someone. Afterall, it’s much more interesting and exciting to learn more about individuals as they are, together with the wealth of experience that they individually bring.